The threat of Neuroscience in the courtroom

How much responsibility can we give ourselves for our actions? The question of free will is a long standing one within philosophy and neuroscience, yet in recent years it has found itself creeping into the word of law as well.

2009 was the first year for functional magnetic resonance imaging (fMRI) to be used as evidence in court when Brian Dugan pleaded for a verdict of not guilty by reason of insanity (NGRI) for murder. His defence supplied a scan of his brain which they used to argue that Dugan was not in complete control of his actions as the result of a mental illness – Psychopathy. Dugan was placed in the 99th percentile on the diagnostic checklist for psychopathy, with the neuroimaging to support this.  This was the first case to involve fMRI as evidence in a courtroom; however there have been concerns and criticisms over the use of ‘neuro-evidence’ in court, and whether it should be used at all. 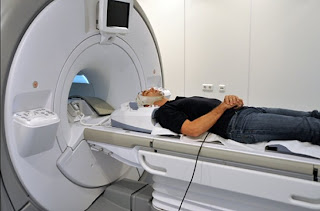 The first concern arises from the fact that neuroimages, such as those produced by fMRI, may have undue influence over the jury’s decision while making a verdict. For example presenting a brain scan which supposedly shows a person has psychopathic personality disorder may have more influence on the jury than a psychological report which tells them the exact same thing. This could potentially stem from the belief that neuroscience is a ‘harder’ science, and therefore may be given more credibility than it deserves. There is also a large gap in lay peoples understanding of what fMRI actually shows – it shows changes in blood oxygen levels, not direct neural activity as is commonly misconceived.
These concerns are grounded in scientific research as well, for example people gave more credence to scientific summaries which were accompanied by neuroimages than ones which were accompanied by graphs (McCabe & Caste, 2008). Likewise, mock jurors who were presented with anatomical brain images were more likely to reach a verdict of NGRI (Gurly & Markus, 2008), and execution rates of psychopaths were lower when the jury was given neuroimaging evidence (Greene & Cahill, 2011). This is likely due to a false understanding of how imaging works; with the participants putting neuroimaging on a pedestal above other forms of evidence.
Another aspect to the controversy is the use of functional brain imagining as lie detectors. In another mock trial, lie detection using fMRI was much more persuasive to the jury than the use of other, much better established, technologies such as polygraphs (McCabe et al., 2011). This may be down to the participants beliefs that neuroscience is able to ‘see directly inside the brain’ and measure the neural activity going on, which really isn’t the case. There are also those who are pushing for fMRI lie detection to be used as evidence in courts, and there are even now two companies (No Lie MRI Inc and Cephos Corporation) offering the service of lie detection using fMRI. The problem is that within the scientific community, the reliability of fMRI to detect a truth or a lie is still hotly debated, and therefore it most likely isn’t ready for commercialisation yet.
Despite the controversy, it is clear that the neuro-evidence is becoming ever more pervasive within courtrooms. As a result the future will require a better understanding of neuroscience on the part of juror’s and judges. Is neuroscience safe to use in the courtroom? Amongst those attempting to answer that question, the jury is still out.

Posted by TheCognitiveScienceBlog at 3:53 pm